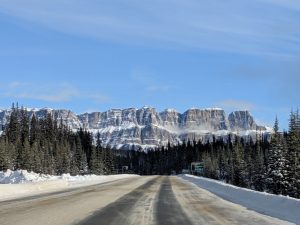 The responsibility to chair meetings can be routine and uneventful when moving through calm topics on the agenda, however, the board ‘temperature’ can rise and drop rapidly when discussing stormy topics.

The meeting chair has a pivotal role to play in facilitating discussions and maintaining a professional tone during debate.  Facilitating discussion involves inviting comments from all board members at the table to ensure that each member’s position is heard.  The chair is expected to set a professional tone for the debate of agenda items and ensure that the meeting decorum remains civil and respectful.  This requires the chair to keep their own emotions in check.

Stormy topics are expected in public service.  This is seen especially in local governments where the decision-making is so close to the people they serve.  During a contentious debate, the chair should not underestimate their own voice, position, and opportunity to set the tone.  Internally, the chair may be thinking, ”This is intense. Councillor opinions are all over the map!”  Do not let this unfiltered inside voice escape. Rather, project poise, show interest and frame comments positively, such as saying, “We can all appreciate the value of advancing the discussion on this important topic. This rigorous debate is helpful as we work together to reach a decision. Good debate leads to good decisions.”

Council and board members can polish their persuasive arguments by: 1) Clearly stating if they are in favour or against the agenda item.  2) Providing reasons to support their position.

Here is an example of clear councillor communication: “I will (or will not) be supporting the motion.  In my perspective… (state reason/s).” Stating reasons why a vote is cast a certain way is appreciated by the team and by the constituents who are represented at the decision-making table.  Conversely, it is puzzling to see an elected official remain silent during a debate and then see them vote against the matter at hand.  At times, it is important for elected officials to accept defeat on issues since local governments rely on majority-rule rather than a consensus model.

An all-season chairperson requires tact to navigate through both calm and stormy issues.  Rigorous and respectful debate is part of a healthy leadership landscape as members try to gain traction and support for their positions.  Maintaining professional decorum amid stormy debate is where a council and meeting chair can truly shine.  In particular, a chairperson should never underestimate how highly their presence is perceived and the value of their own voice in both the words spoken and the tone of their message.

Shari-Anne is an Alberta-based municipal consultant. She is an advocate for good governance and strong decision-making practices.